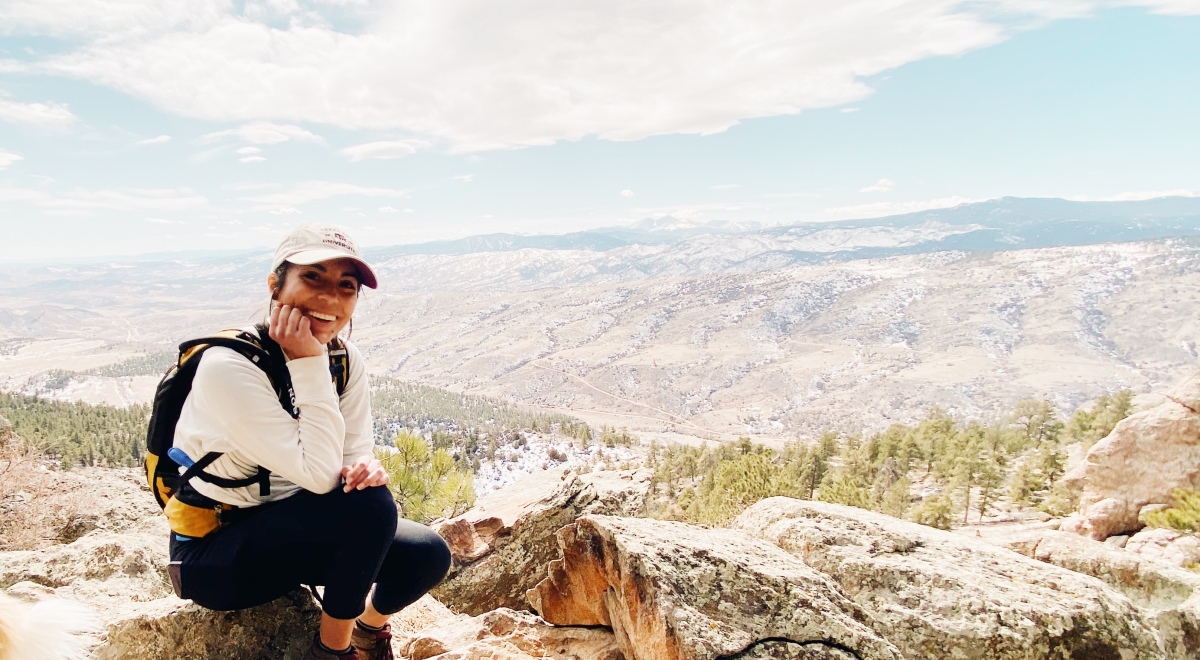 On another relatively warm weekend, Kevin and I made our way to Fort Collins, Colorado to hike in the Horsetooth Mountain Open Space. Originally we had plans to meet up with Stephanie and Tyler again, but unfortunately, what we didn’t realize was that the parking lot was extremely small and shortly after we parked, the Rangers stopped allowing cars in. So they completed a short hike next door (which heads up, there is a small hiking area down the road, too- we just didn’t know this at the time).

So, Kevin and I decided to attempt a short hike to the Falls…which turned into a 6 1/2 mile roadtrip hike because we….of course, got lost. Oops. Basic Trail Info: Water and bathrooms are located at the start of the trail. $9 entry per vehicle and yes, they take card. As I said, a small parking lot so keep that in mind.

We followed Horsetooth Rock Trail for awhile, with the purpose of meeting Soderberg Trail and connecting to Spring Creek Trail and then eventually Horsetooth Falls where we could see the waterfall. However, when we got to Soderberg we realized it was extremely icy, and for our sake and the sake of Otto’s sensitive paws, we stayed on Horsetooth Rock until we got to the top. Still, the view got better and better as we got higher in elevation. It also got colder, so keep that in mind to keep a sweatshirt on you if you complete this hike! Overall, there wasn’t too much traffic along the trail so it was nice and quiet.

We eventually ended up at Horsetooth Rock. We were going to attempt to continue walking up the rocks, but it was so slippery that we thought best otherwise. Instead, we just sat and enjoyed the view of the reservoir. I highly suggest bringing binoculars. I swore we saw our first Blue Jay here!

The way down was my favorite part of the hike and I am so glad we initially got lost because it led us to the Audra Culver Trail. It was an even quieter trail with incredible panoramic views. The sun was shining down and it just felt so serene. The perfect reminder of why we moved to Colorado.

We ventured down Audra Culver Trail to South Ridge Trail and decided to continue it down to the parking lot. We never made it to the waterfalls, but we’ll be back. Maybe after a rainfall so we can see it flow stronger than Stephanie said it was that particular day (they saw it from the short hike next door). As tired and hungry as we were from our unexpectedly longer hike, we enjoyed every minute. Even when I fell on my butt from the slippery ice. I think Otto enjoyed it, too (also despite the ice).

Afterwards, we finally met up with Stephanie and Tyler at Odell’s Brewery where apparently every other Fort Collins resident shared the same idea. It was quite packed, which made sense considering the fantastic weather. But I still love any chance that I get to see them. Plus, I got to tell them about my new job! Which I will get to in a later post!

P.S. Hope you are all staying safe and healthy! Sending you a virtual hug!

Diary of living in, exploring, and photographing beautiful Colorado.